The History of the Glock Brand 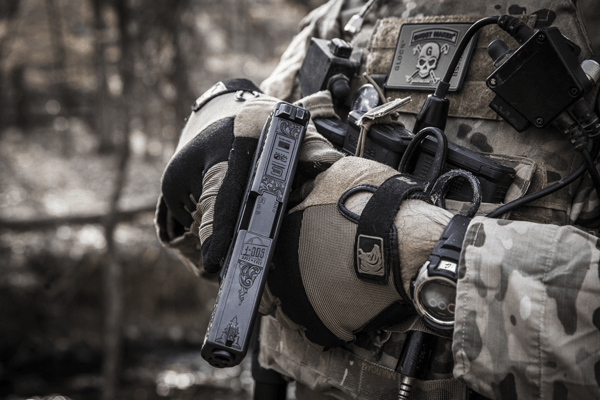 The Glock brand offers some of the most recognizable firearms and compact pistols in the entire world.

decades of success as the leading manufacturer of pistols worldwide. Their carefully engineered arms

police operations across the globe.

What makes Glock so special? Not only is this brand fully committed to excellence and integration of

modern design, but their belief in responsible gun ownership is simply world-class.

Every success story has its origin, and the history behind the Glock brand helps to bring a better

understanding to the company's continuous pursuit of perfection.

The Glock 17 prototype pistol was invented in 1982 by company founder Gaston Glock. An adept businessman, Gaston had no real knowledge of firearms during the development of his first weapon in the late 1970s. However, a 1980 announcement by the Austrian Armed Forces that sought a new pistol to replace their older weapons was too great an opportunity to pass up.

Gathering together a group of trusted manufacturers, scientists, and engineers, Gaston put together a prototype model of the Glock 17 in a little under three months. He took his inspiration from hundreds of gun owners in private and public sectors to create a list of the most desirable gun characteristics available. Even though he knew very little about firearms, Gaston had extensive experience designing elements containing synthetic polymers, using his knowledge to design an anticorrosion treatment for intricate parts with a high risk for rusting.

Two years later in 1982, the first generation Glock 17 outperformed all other pistol competitors to emerge victorious as the Austrian Government's new firearm of choice. Not only did the pistol have an endurance unlike anything else, but its polymer body and sleek construction allowed for reasonable manufacturing and an overall lower price than many of the other designs submitted.

The Five Different Generations of Glocks

Over the course of Glock's forty year reign in the industry, five unique generations of firearms have been released to the public. Each significantly improves upon previous blueprints while also remaining true to the original design.

Glock is one of the most impressive firearm manufacturers in the entire world. From its humble beginnings to its status as America's favorite firearm brand, the legacies of their pistols are here to stay.