Which Shooting Position is Most Accurate? 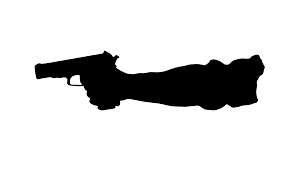 For those who are looking to purchase a Glock pistol for personal defense, home defense, range use, or even hunting purposes, it is important to use the weapon properly. The Glock won't do a lot of good if people cannot hit their target. While practice makes perfect, it is important for everyone to practice properly. This starts by getting in the proper shooting stance. The proper shooting stance will allow people to absorb the energy from the gun, keep the firearm straight, and ensure that the bullet strikes the intended target. There are multiple shooting stances and shooting positions that people use. Some of these are more accurate than others.

Perhaps the most popular stance is the Isosceles stance. This stance became very popular during shooting competitions during the 1980s and 1990s. In the Isosceles stance, the shooter stands with his feet shoulder-width apart and has both hands locked around the gun. The elbows are either slightly loose or locked. Some people have a preference for one over the other. One of the main benefits of the Isosceles stance is that it is a very natural stance that almost everyone is going to feel comfortable in. Therefore, people are able to create a very rapid rate of fire and, if the situation calls for it, the stance is still mobile and people can move quickly from side to side. The main drawback is that there isn't a lot of stability from front to back and people who have trouble handling the kick of the gun might get knocked backward.

The Weaver stance is named for the officer who invented the stance back in the 1950s. In this stance, the feet are still shoulder-width apart; however, the major change is that the two arms are moving in opposite directions, creating a tension on the gun that helps to control the recoil and create more accurate firing. The firing arm is extended with the elbow bent. The support arm has the bent elbow pointing towards the ground. On firing, the firing arm will push forward and the support arm will pull back. This creates tension and keeps the gun in position, handling the recoil. This position takes practice but is accurate.

The Center Axis Relock Stance is similar to the Weaver stance. The feet are still shoulder-width apart and place the body in a fighting or martial arts stance. On the other hand, the difference is in the hands. Both hands are still braced around the gun but the gun is held only about a foot away from the eyes instead of arms extended. Furthermore, the gun is slightly tilted in the direction of the support arm, creating added stability. This places the eyes much closer to the sight. This is designed to improve accuracy. It will take some getting used to but some people might find this stance to be more accurate for their style. Furthermore, anyone who has to fight in close quarters will want to take advantage of this position. It makes it easier to fend off someone who is trying to take control of their gun.

These are only a few of the many shooting positions that people might put to use. While all of these stances have their benefits and drawbacks, there is also a bit of personal preference when it comes to shooting stances. People should try these various shooting stances and figure out what works for them. Furthermore, anyone who needs help with their shooting accuracy should turn to the professional for assistance. Why not sign up for lessons and take those skills to new heights?